Bluebird Bio, developer of gene therapy Zynteglo, has suspended their clinical study of the treatment on sickle cell patients after adverse events were reported. Two patients developed Acute Myeloid Leukemia (AML), a type of blood and bone marrow cancer, after being treated with Zynteglo five years ago.

A patient was reported last week developing Myelodysplastic Syndrome (MDS), a blood cell production disorder, This follows a case of MDS in 2018 that was attributed to the chemotherapy received in preparation for gene therapy.

It is currently unknown as to whether the development of AML was caused by the viral vector used in the therapy. Further investigations are underway.

No cases of hematologic malignancy such as AML or MDS has been reported in the use of Zynteglo for β-thalassaemia so far. However, the marketing of Zynteglo in Europe has been suspended as a precautionary measure.

Zynteglo, previously known as Lentiglobin, is a gene therapy developed by US Biotechnology company Bluebird Bio for the treatment of sickle cell disease and transfusion-dependent β-thalassaemia. The therapy uses a viral vector to deliver genetic changes to patients with the hope of improving haemoglobin and red blood cell production. 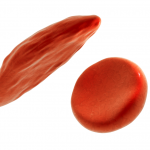 Treatment for Overseas Students in Australia: What You Should Know 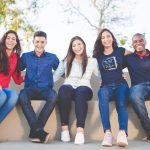