What is a rare disease?

In February 2020, Australia’s Minister for Health launched the National Strategic Action Plan for Rare Diseases (the Action Plan), ahead of Rare Disease Day. Rare Voices Australia (RVA) led the collaborative development of the Action Plan, which involved extensive stakeholder consultation with all key stakeholders in the rare disease sector.

The Action Plan has three interrelated Pillars with Priorities, Actions and Implementation areas that work towards the best possible outcomes for Australians living with a rare disease.

The three Pillars are:

First launched in 2008 by EURORDIS – Rare Diseases Europe, Rare Disease Day 2021 (28 February) will mark the thirteenth time that rare diseases have been recognised globally. It will be the twelfth year the event will be commemorated in Australia.

The main objective of Rare Disease Day is to raise awareness among the general public and decisionmakers about rare diseases and their impact on people’s lives. In 2020, thousands of events were organised in over 100 countries and regions to mark the day. The rare disease community united across borders to show that Rare is many. Rare is strong. Rare is proud! In Australia, a number of events were held including the Action Plan launch at Parliament House in Canberra, the Rare Together Expo in Perth, Rare Star Day, the Rare Disease Day Fun Run and Walk in Cairns and more. A number of buildings around the country were also lit up to mark the day. 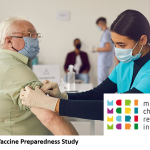 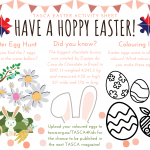